In Ayurveda, the description of Kushta-roga viz. Vata-Kaphaja kushta reveals similarity with psoriasis. Psoriasis on the hands and face are the most affected areas in psoriasis. It generally affects the skin of scalp, face, fingers, elbow, knee, earlobes, feet, and sole, which might be also taken into consideration because of the area of Vata and Kapha.

Psoriasis is a skin disease that causes red or white plaques, scaly surfaces on the skin which can sense itchy, painful, swollen or hot. It can cause cracks and psoriatic lesions on skin anywhere including fingers, scalp, and feet.

If you have got psoriasis, you’re may get a few different situations, consisting of:

Kushta is the term used in Ayurvedic text for all skin disorders which include leprosy. The Vata–Kapha sort of Kushta indicates resemblance with psoriasis in symptomatology which is of six in number amongst which Kitibhakushta, Ekakushta, and Sidhmakushta . It has most resemblance with Vulgaris kind of psoriasis.

As per Ayurveda, the skin was formed from rakta dhatu. This was due to the effect of thuvaraka on pitta sameekarana (balancing the pitta by improving the dhatwagni). Snehapana and shodhana was considered to be the mainline of treatment for kushta in correcting the derangement of morbid doshas. Shodhana helped to eliminate the dosha as well as accumulated amavisha.

The science of Ayurveda has so many successful stories in treating and controlling psoriasis.

Psoriasis is a non-infectious disease of the skin characterized by an erythematous plaque with big adherent silvery scales. Its actual causes stay unknown, however; the following factors may be involved:

Among all, stress is stated to be the key stimuli for psoriasis on the hands. The primary-psychological stress is performing as a precipitating element within the causation psoriatic lesions. The presence of disorder will, however, emerge as the causation of secondary stress, making the sickness worst.

It has been observed that the physicians undertake numerous remedy protocols for the treatment of this disease in clinical practice.

They may start off with lab tests including blood tests for liver function, kidney function, blood glucose, a urine pregnancy test. Pregnancy is strictly prohibited during treatment.

The doctor may ask for a skin biopsy. The treatment protocol may include medications for local application. The hit list starts with steroid ointments such as halobetasol, clobetasol with salicylic acid creams, skin moisturizer with urea. Along with anti-allergic tablets of cetirizine or other anti-histamine medicine and leukotriene inhibitors and leukotriene antagonists.

Why there is poor control with allopathy medicine

When the treatment with allopathy does not sufficiently control the psoriasis manifestations and psoriasis spread to other areas, its time to rethink the treatment protocol.

Further, the treatment may go for Immunosuppressants like Mycophenolate sodium, methotrexate along with phototherapy.

Side effects of allopathy

All the medicines in allopathy have side effects

Allopathy treatment is super costly when compared to Ayurvedic

Psoriasis treatment as in Ayurveda

Virechana is a procedure one can practice comfortably and expect a good response in Kitibhakushta and also other skin manifestation.

Apathya (What NOT to eat)

These Ayurvedic treatments are safe as they DO NOT HAVE SIDE EFFECTS.

It is found that the lesions were disappeared completely and the skin set back to its normal texture. 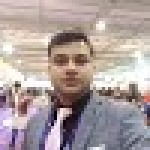